To be honest, I’ve never really been attracted to Paris the way most people are. I mean, sure the boys there are cute and the style is impeccable, but the main reason I wanted to go to Paris was to go to the Musée d’Orsay. That’s right, I flew a few thousand miles to go to an art museum (well I didn’t really, but it sounds a lot more dramatic if I say it like that).

For an impressionist art lover, Paris is like heaven. Aside from the Musée d’Orsay, I also went to the Orangerie and Rodin museums. Montmartre was an amazing neighbourhood to visit as it was the area that the Impressionists worked and lived. Unfortunately I never got a chance to visit the Marmottan Monet Museum or Monet’s house and garden at Giverny, but well, I’ll have plenty of time for that next year.

Aside from my self-guided tour of Impressionist Paris, I spent most of my time feeling confused since I forgot all my middle school French, while looking enough like a local that I would get stopped at every interaction by people who needed directions.

While Paris is called the city of love, I really wanted to see the city solo. Aside from the fact that I doubt anyone would agree to come to Paris with me only to stand in front of a Monet painting for 5 hours, I actually really enjoyed reading up on Parisian history while making commentaries in my head in the style of Bill Bryson, as I wondered the same streets that Monet, Renoir, Degas, Manet, Cassatt and so many more have walked before me.

Here’s some things about Paris I found interesting: 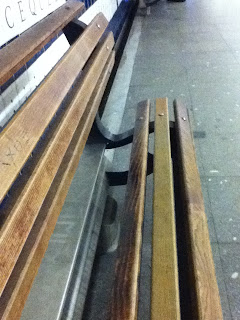 Unfortunately, my visions of meeting and becoming best friends with Carla Bruni never happened, but there’s my few of my favourite photos from the city of lights.