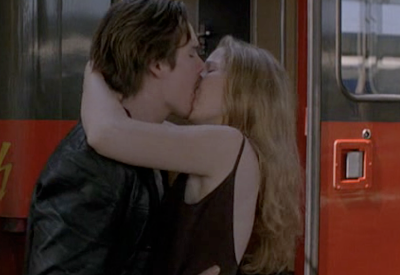 Some people travel for the sole purpose of hooking up with as many foreigners as humanly possible. They usually carry around a “to do” list longer than there are countries in the EU and help contribute to the surprisingly high number of daily page views I get from my post about hostel sex.

While fortunately most of us do not have these aspirations in life, somewhere in between complaining about the couple having hostel sex in the bunk below and figuring out the meaning of life, we too, end up falling for a foreigner. Despite some people telling you that love on the road will only end in heartbreak, there are others who make it work and are happier than any of these previously said people will ever be.

Luckily, I’ve put together a guide to help you avoid any travel dating dilemmas. Whether it’s long term or a brief fling, this guide should help you figure out your foreign love interest.

A Practical Guide to Dating Foreigners:

If you’ve dated people from a number of different countries, chances are, it’s hard to remember the Canadian. While they will probably be the friendliest people you’ll ever meet, they also tend to be pretty average. Not that average is a bad thing, since you’ll never have to suffer a black eye from a toaster being hurled at you, but at the same time, you may not exactly be the envy of your friends back home. Canadians hate to be confused as Americans, so making this mistake will hinder your chances of dating them. Familiarize yourself with terms like poutine, double double, and Sidney Crosby if you really want to impress them, and remember: hockey is the best sport in the world, not soccer.

The American
Chances are, you’ll know a lot more about their country than they ever will of yours. Unlike the Canadians, dating an American will probably be a lot more memorable, although now you’ll have to keep caution of any toasters laying around. Being sociable people, you’re most likely to meet them at a party or a bar, and they’ll usually get your number in half an hour’s time if they like you. Being fluent in english is extremely useful in dating Americans as most of them speak only one language. If you have a preference for Americans from a certain city, they’re most likely seen wearing their old college sweatshirt, which should give you some indication of where they’re from.

The Brit
Similar to the Americans, Brits enjoy a good party. They tend to be the loudest group at any hostel, but usually the most fun as well. Brits tend to be either the ones who want to hook up as many people as possible, or are shy and require you to make the first move. However, if you don’t support their choice of soccer team, this romance is likely to die really quickly.

The French
Everyone knows French people can get anyone they want. For example, they can be really short and still get the hot girl (just ask a certain world leader). French people tend to be really passionate about everything, so if you catch their eye, they will let you know this in every form of artistic expression possible. This means they will write a song about you, send you love poems, and possibly even make you a sculpture. If you’re already dating someone, that usually makes them flirt with you more, since who can compete with the French when it comes to love?

The German
Quite the attractive bunch if you’re into the tall, clean-shaven types with prominent cheekbones. They also have very nice accents, although maybe I’m the only one who finds that attractive. Unlike other Europeans, they don’t express their emotions as easily, so if they tell you how much they like you, they actually mean it. The first kiss will always come as a surprise as Germans aren’t the best at flirting. I mean, you could be sitting at the bar talking about Angela Merkle and they might lean over and kiss you, when all that time, you thought they were talking politics because they have no interest in you romantically. They can be envious of the French when it comes to love, and  therefore, you’re chances are better with the more French jokes you make.

The Swiss
They are like the best of the French and Germans as they generally have that nice German accent, but party it up like the French. The Swiss are one of the most laid-back Europeans and are comparable to the Canadians in terms of weed consumption. Because of all their official languages, they tend to be trilingual, so if you want to really impress them, take up tennis and aim to become the next Roger Federer.

The Australian
Generally really friendly and laid-back, Australians love to party and have a good time. Because of the lower number of males in Australia, Australian men tend to be overly confident and a bit of a player. At the same time, if they like you, they are also willing to commit. They’re athletic people and always in great shape. Some Australians have accents that are difficult to understand, but the city accents are quite nice. Because they’re so out-going, you can meet Australians anywhere from the bookstore, to bars, or even just walking down the street.

End note: Some of these come from personal experience, while others are based on observation. This guide was entertaining to write but remember that it cannot accurately portray everyone from a certain country. I also apologize for the abundance of Commonwealth countries on this list.